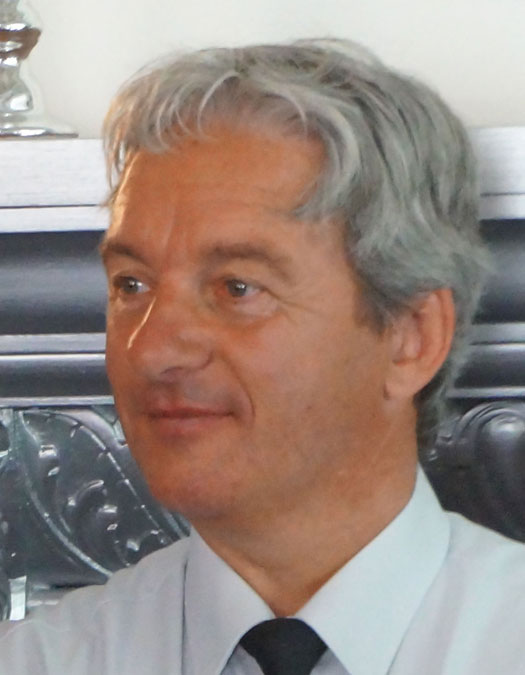 As a chief commissioner Korpschef Nicholas Paelinck has been for almost 20 years Chief of Police of the Local Police Westcoast where he is responsible for the implementation of the local police policy, and more specifically, for the implementation of the zonal security plan; i.e. the implementation of a local oriented and locally embedded policing as reflected in the concept of Community Oriented Policing (COP). Due to the evolution of criminality in a global context and due to a greater mobilization, he orientated recently his police-force to an Technological and Information Led Policing. (He implemented as first police chief a nodal orientation with controls of borders, main axes, harbors).
Currently he is also a member of the Standing Committee of Local Police (Belgium Chiefs of Police from the local police forces) which is hosted by the Ministry of Home Affairs. He has been appointed to carry responsibility for the ‘Internationalization of Belgium Local Police’. He represents the Standing Committee within the International Committee of IACP (International Association of Chiefs of Police) in Washington. He represent the Belgium Local Police within the Strategic Committee between Belgium and France. He is member of the taskforce ‘keytasks Belgium Police’, Minister of Home Office and security.
He is also board member of INNOS (Innovation Centre for Security) (triple-helix between Police-University-Private Companies).
He started his career in 1983 as an aspirant-officer at the age of 21 in the Brussels Police Force to become an officer by attending the Police Academy in Brussels. He followed the School for Criminology and Criminalistics in Brussel. He followed the European Police Summer Course in Holland and various other relevant courses (management and operational). He followed the management track at the Antwerp Management School. He joined the Koksijde Police in 1991 as head of the Investigation/detective squad. In 1996 he was appointed as chief of police of the city of Koksijde. In 2001 he was appointed as the chief of police of the Westcoast police-force.
He was decorated with the ‘Médaille de la Défense nationale à titre exeptionelle’ by the French Gendarmerie for his contribution to the fight of French-Belgium boarder criminality.