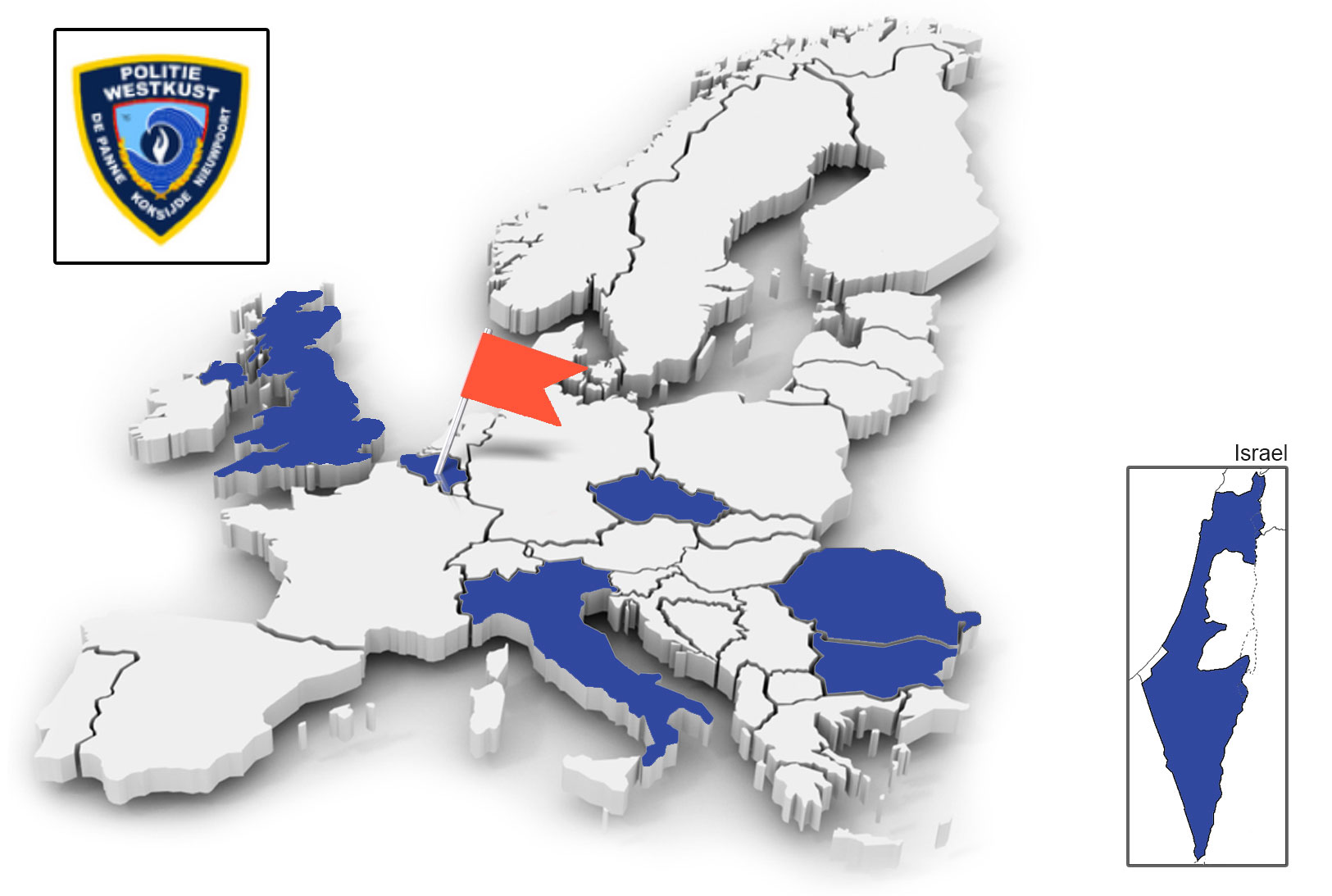 The Local Police Westkust (Westcoast) is one of the 192 local police forces in Belgium. Our zone is formed by the cities De Panne, Koksijde and Nieuwpoort and is situated in the north-west side of the province of West-Flanders, Belgium. We are located along the Belgium coast (North Sea) where two military bases are located: the air-component base of Koksijde with his Search and Rescue helicopters for rescue in international waters and the land-component base of Lombardsijde situated in Nieuwpoort. It is also a touristic residential area, with a lot of dunes, long beaches, and 5 sailing clubs (catamaran/zodiacs).

We have an outside Schengen harbor in Nieuwpoort, the biggest North-European pleasance harbor with more than 2.200 boats. We are located along the French border, the North Sea and Holland. UK is 30 km in distance overseas. The international harbor of Dunkirk (France) is at 20 km and the Eurochunnel Calais-Dover is at 60 km. A highway (E 17- A 16) is connecting the Westcoast with France (Dunkirk- Calais).

The core business of the Local Police Westcoast is: to make sure that every citizen can exercise his fundamental rights and freedoms without harming those of others. Local Police Westcoast has to provide a basic police function in the first place for all those who live, work or visit the one of the three municipalities. This is to be done by operating friendly and problem-solving. Providing effective victim support and doing proper effectively investigations and the managing of local events and/or traffic flows. In case of a major incidents and/or a disaster, we deploy a certain number of perimeters to protect the citizens and our own police officers. We also are fighting smuggling of refugees between France (Calais and Dunkirk) –Belgium and the UK.

Smuggling and trafficking of drugs/refugees from the harbor of Nieuwpoort and from the beaches is also a main issue.

As a first responder and LEA end-user, we are able to describe the needs on the field and to translate them in clear functional rrequirements. Therefore we will help to put in place different scenarios to test and validate the final system. As end-user we will also look at possible security issues. We started in 2003 as first police-force with ANPR-systems. We started also as first police-force in 2007 with the body-worn video. Homepage: http://www.lokalepolitie.be/5461/